Some goof-ups happen that become the memories that are too closely attached to your name.

Well, sometimes the pictures are not clear enough to predict if it was a goof-up OR just a prank that blew up too much out of proportion.

If you are a sports card collector then you must be surely aware of the infamous Bill Ripken error card.

Who is Bill Ripken?

What is Bill Ripken famous for?

Bill Ripken, just like his younger brother Carl Ripken Jr who entered the Hall of Fame, is a baseball player.

He is currently working as a studio analyst for MLB Network and also for SiriusXM as a radio person.

He has also won an EMMY AWARD for the work of an analyst at MLB Network.

He comes from a baseball high-end family with his father Carl Ripken St. being a coach for the Baltimore Orioles; the same team from which both Bill and Carl Jr. played.

What are Error Cards?

Many people were getting into the business of collecting and selling cards.

One such distributor and publisher was Fleer.

The card collection hobby was so known to and followed by people that it became an era known as the Junk Wax era due to the unprecedented number of cards that were being produced.

Most of the people were actually thinking of these cards as a form of investment that would eventually rise in price and will soon become a source of their future riches.

Sadly that never became true and so only a few cards could get that position of being an investment.

These were the error cards;

the cards that had some abnormality or some uniqueness to them which made them different from others.

And thus chances of its value addition in the future became higher and higher.

What is the Bill Ripken Error Card?

Bill Ripken Error card is just one of the few error cards that bears something that has not lost its charm even after 30 years of its release.

The card basically looks like any normal ’80s card having a photo of Bill Ripken with a bat resting on his right shoulder.

On the top right is the Logo of Fleer the producer of the card and on the top left is Bill Ripken’s name.

But as you will take a closer look, something is written on the base of the baseball bat.

Something that spells as ‘F*CK FACE’.

HOW DID THE GOOF-UP HAPPEN?

As we all know goof-ups happen.

But it’s hard to pass it as an innocent goof-up by the player because of the circumstances.

It is highly unlikely that the people that Fleers; being a top-level card producer, did not notice such a huge mistake.

Even Bill Ripken terms it not as an error but a play at the perfect marketing opportunity out of someone else’s little carelessness.

What happened after the Error card was released?

The company ran to cover up the blunder and collectors ran to find a good investment in it.

Thus black boxes were out over the words at the base of the baseball.

Today the error card has made it to market and is on sale on eBay for roughly $100.

Several people are also running websites related to this card and its price in the market, as also as the new information about the Bill Ripken Error Card.

The truth still remains that this is something that is permanently attached to Bill Ripken’s Name. 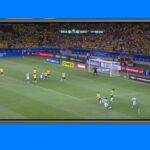 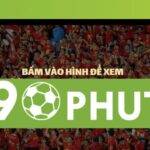 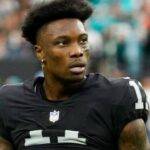 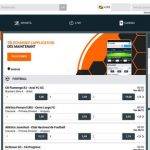