Cyberpunk Edgerunners Wiki: Cyberpunk Edgerunners is the most popular Japanese drama series. It is an action role-playing drama animation series. This studio trigger introduced this series and adapted it from the cyberpunk 2077 game. On September 13, 2022, this amazing series was released on Netflix, and anyone can easily watch this series. And it is written by Masahiko Otsuka and Yoshiki USA.

Edgerunners describe a story of a Street kid; in this story, the viewer will find how that street child tries to sustain in technology and body modification-plagued City for the forthcoming. Having everything to mislay, that kid selects to survive by becoming an Edgerunners. Edgerunners is a mercenary bandit, also known as cyberpunk.

The name of the Japanese series is cyberpunk Edgerunners; the genre of this series is an adventure, comedy, martial arts drama, etc. This series was directed by Hiroshi Imaishi, produced by Rafal Jaki, Yoshiki Usa wrote the script, and Masahiko Otsuka directed the screenplay of the series was CD Projekt Red, Akira Yamaoka gave the music, and it was released by studio trigger.

There are five endings in cyberpunk 2077; these endings are secret and included. Although many of these can have different results depending on the second, you decide to play.

Know more about the cast and characters of Cyberpunk Edgerunners-

This series was created in two languages, so the characters of both languages are different. In the English language, there are multiple characters such as Zach Aguilar, who played the role of David Martinez, Emi lo acted as Lucy, William C. Stephens acted as Maine; Marie Westbrook acted as Dorio, Stephanie wong acted as Kiwi, Ian James Corlett acted as pilar, Alex Cazares acted as Rebecca, Matthew acts as Falco, Gloria Garayua acted as Gloria Martinez, Bridge Etienne acted as Doc, Giancarlo acted as Faraday. Apart from these, characters are available in this series like julio, Jimmy, Karte, Aldo, Adam etc.

Know more about the details of episodes of Cyberpunk Edgerunners

Under this series, the viewer found a total of 10 episodes with different titles like the title of the first episode is let you down, second is like a boy, third is smooth criminal, 4th is lucky you, 5th is all eyes on me, 6 is girl on fire, 7th is stronger, 8th is stay, the 9th episode is humanity, and the last episode title is my moon, my man. The running time of all these episodes was around 23 to 26 minutes, and all these episodes were released on 13 September 2022.

David is a street child in night City who remains with his mother and sets out to evolve a Corpo in Arsaka. Despite being a top student at Arasaka University, that kid was bullied by peers, who looked down on him because of his humble origins- the sheer idea that I treat kit can create a huge opportunity in the corporate world to get rich. Anyway, he was not interested in Arsaka Corpo. He is just completing the dream of his mother because, for this reason, she works very hard to make a living barely.

Tragedy occurs when he and his mother work out in a crossfire between two rival parties in the street, leading to the death of MRS Martinez. It makes sense that his entire world turns upside down as he cannot process the grief that comes with such severe personal loss, compounded by the burden of earning money to live. Among his dead mother’s materials, he found the sandwiston cyberware, a highly unstable cybernetic implant that provides superhuman speed to the user; after unsuccessful tries to sell cyberware for money, he chooses to use the implant, which catalyzes the event of the series.

1. Is the cyberpunk Edgerunners series available in which language?

Ans. Cyberpunk Edgerunners series are available in only two languages Japanese and English.

2. Who was the director of the Cyberpunk Edgerunners series?

Ans. Hiroshi Imaishi was the director of Cyberpunk Edgerunners series.

3. How many episodes are consiston cyberpunk Edgerunners series?

Cyberpunk Edgerunners is an amazing series, and as per the reviews, lots are very satisfied by watching all the episodes of this series. 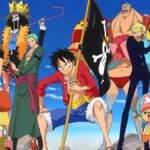 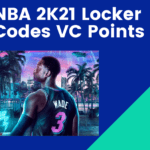 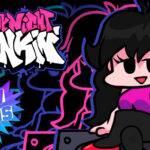 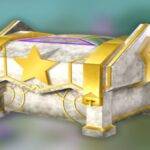